Today began week number two at the cooking school. With each week they shake up the students into new groups in new kitchens. I am now working in kitchen 2, a larger, more hectic environment filled with twice as many students bustling under the always ticking clock. I began my day making tomato puree, and the whole room fought over the one darn mouli-legume (basically a strainer on steroids) when it came time to strain it. While I waited in the mouli-legume queue, I began trial one of not two, not three, but FOUR attempts at the aforementioned "easy breezy" white soda bread. I have officially eaten my words. It is neither easy nor breezy. To my instructor's credit, she made me do it until I got it right. Baking is an exact science, and 11.8 ounces of buttermilk produces quite a different product than 12.3. Though the recipe appears simple as it requires only flour, salt, baking soda, and buttermilk, it is actually quite difficult to get the right combination. The only way to get it right is to practice, so soldier on! It is worth it in the end. 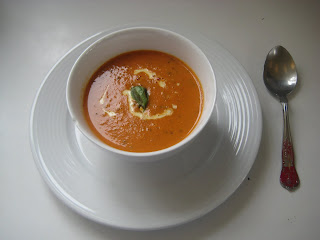 During the afternoon demonstration, our headmistress gave a brief introduction to the world of Irish cheeses. There were no Irish farmhouse cheeses to speak of until Veronica Steele, "the matron of Irish cheese makers", began experimenting with surplus farm milk in 1976. Her "Milleens cheese" encouraged others, and the Irish cheese scene was born!

Here are some cheesy tips:

- Wrap cheeses in parchment paper or tin foil rather than cling wrap (actual quote from our headmistress: "cling film is death to cheese" - a little dramatic but there you have it)

She was quite picky about eating cheese no more than 2 days after you buy it, and never putting cheese (other than soft cheeses) in the refrigerator. One can use this advice at certain times (a dinner party?) and opt for the more pragmatic fridge method at others.

Other pointers from today's lesson:

- Cassia is less expensive and more acrid than its sister spice, cinnamon. To save money (at the cost of flavor), some spice producers add cassia into the (deceivingly labeled) ground cinnamon jars. To get pure cinnamon flavor, buy the cinnamon sticks whole and grind them yourself.

- Cinnamon has been proven to reduce cholesterol.

- "Butterfly" your chicken breasts before grilling them to ensure an even cook. To do so, cut the breast in half lengthwise, stopping just before you slice all the way across. You should be able to then open the breast apart (it looks like a heart shaped valentine) and have a piece of meat of even thickness.

- When buying a whole chicken, don't be afraid to use all the parts. Today, our teacher showed us how you can eat the breast, thighs, legs, wings, and tenders, use the carcass for stock, bake the skin to serve with chutney (seriously good!), and render the fat to use in cooking.

- If you ever come across a molcajete (a Mexican mortar and pestle made of lava rock), buy it! They're hard to find but far superior texturally to the smooth marble ones.

- Cook mushrooms on a high heat- the pan should sizzle when you add them.

- When taste-testing the filling of a quiche before it goes in the oven, cook a teaspoon of the mixture in a saucepan. This way, you can see if it needs more seasoning without eating raw egg!

- When whipping cream, the more air you whip in, the less flavor in the cream. Therefore, only softly whip the cream. If you're allowing yourself this treat, it should at least taste good!

- "watercress is the new arugula" (and you thought there wasn't a hierarchy in greens!)