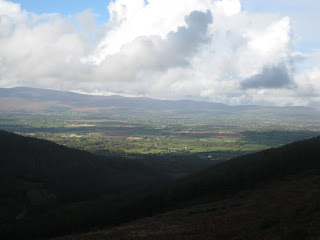 "Please be nice to me. I don't want to be like one of those poor, harassed looking tour guides who has a bottle of vodka hidden just to get him through the day" joked Rory yesterday in preparation for today's field trip. He was, indeed, our guide on a day long odyssey from a smokehouse to a farmer's market to a cheese maker to an apple orchard to a specialty foods store and back. 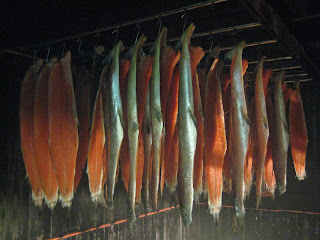 The buses rolled off school grounds at 8 AM heading west to visit Frank Hederman's famous Belvelly Smokehouse near Cobh (http://www.frankhederman.com/). With his traditional homemade smokehouse (the only one of its kind in Ireland), Frank smokes organic salmon (seen above), silver eel, mackerel, mussels, nuts, and oats. He smokes with beechwood rather than oak chips, which gives a more subtle flavor. Why organic salmon (if you even dare to ask!)? Because on a non-organic farm, swimming in every bathtub-sized volume of water, there are 30-35 salmon (compared with only 6-8 on an organic farm). He would use wild salmon rather than organically farmed, but this year's catch has an inferior taste because of all the rain. One bite, and you'll realize what smoked salmon is supposed to taste like! 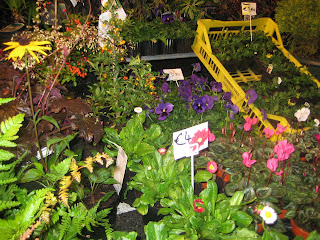 After a good look in his smokeroom, we packed up the buses and headed for the Mahon Point Farmer's Market in Cork (http://www.mahonpointfarmersmarket.com/). Five years ago, Thursday was the painfully slowest day at the Mahon Point shopping center. Since our headmistress's son in law, Rupert Hugh Jones, organized the weekly market in the covered carpark, Thursday is now the highest traffic day by a large percentage. It is an interesting and recent phenomenon that large shopping centers and supermarkets are actually encouraging the growth of parking lot farmer's markets because of the traffic they attract. 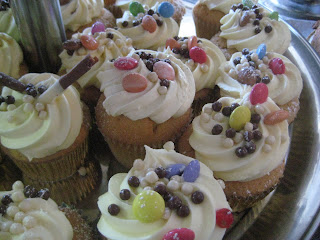 If I had a million dollars, I could have spent it all at the market (don't tell the IRS). There was everything from farmhouse cheeses to crusty breads to local produce to fresh fish to free-range meat- complete with, best of all, free samples! To make it even more picturesque, there was a lone guitarist singing the best of Paul, John, Ringo, and George. I know what you are all wondering, and yes, my beloved O'Connaill's Hot Chocolate had a stand! 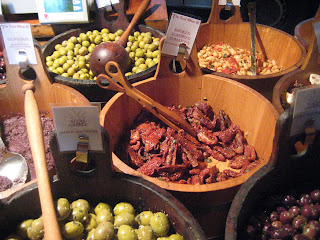 Though their cocoa is always delicious (I'll try to stop ranting about it), I think my favorite stand was "Supersprout" selling germinated chick peas, lima beans, black eyed peas, etc. One of nature's superfoods, sprouts are low fat, high fiber, nutrient-packed snacks said to contain Ch'i, the Chinese idea for the "energy of life". Try adding these puppies into your diet- they pack a powerful punch. 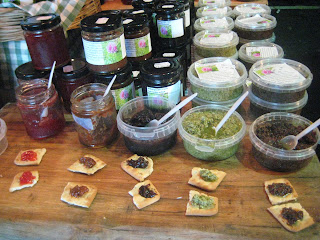 We moved onward towards the birthplace of Baylough Cheese, handmade by Dick and Anne Keating in Clogheen, County Tipperary. This couple started making cheese more than two decades ago, when they had six children to feed and hardly two pennies to rub together. As a last resort, Anne began making cheese on her kitchen stove with surplus milk. With a little research here and some encouragement there, her cheese started selling and hasn't stopped since! Anne, who has long since upgraded from her kitchen stove to a cheese studio on the property, told this story as she cut the coagulated raw (unpasteurized) cows milk in a giant vat, separating the curds (solids) from the whey (liquid). We all had a chance to taste the cheddar, and it was delicious. 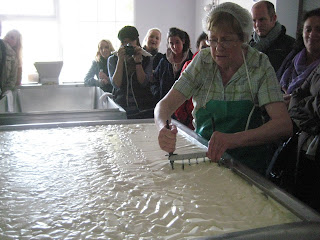 After some tea and refreshments, we hit the bus again to head through the Comeragh Mountains (we passed some of William Drohan's lambs grazing!) to Cappoquin to see where Crinnaghtaun Apple Juice is manufactured (http://www.irishapplejuice.com/). A family business, David and Julia (and their daughter Jess) showed us their 90 acre orchard and the apple juice making process. Apparently, an apple a day can keep the doctor away. The nutrients in the deep red color are said to be anti-cancerous, and the pectin in the pulp is great for lowering cholesterol. For those concerned with sugar levels, apples are less sweet than other fruits such as grapes and melon. 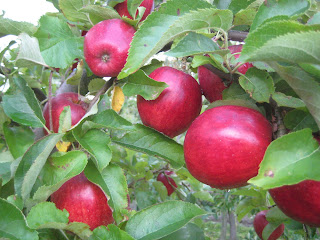 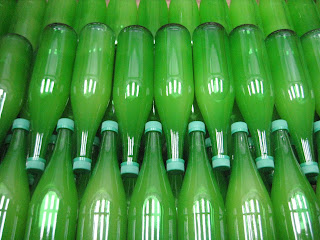 After a taste of their freshly pressed juice, we pressed on. Our final destination was The Summer House (http://www.thesummerhouse.ie/cafe.html) in historic Lismore, owned by 1993 Ballymaloe Cookery School graduate Owen Madden. Both an upscale houseware store and a cafe, this place exudes ambiance. I certainly wouldn't mind waiting for a table in this cheerful shop, which sold everything from wine and homemade jam to cookbooks and teapots. 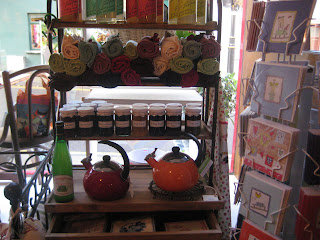 We entered the Cookery School gates as wearily as Odysseus entered Ithaca's harbor. Overall, it was an informative, interesting, and, as always, delicious day!
Posted by Binny at 10:56 AM