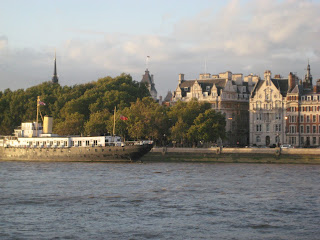 It is not a trip to London unless you force your host out of bed to go sightseeing! My thoughtful friend put on a smile as I dragged her to the Houses of Parliament, Westminster Abbey, and Big Ben. 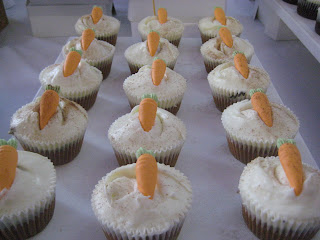 En route, she thankfully showed me some spots off the well-beaten tourist path. We walked through East London where the Sunday UpMarket sets up shop every weekend (http://www.sundayupmarket.co.uk/index.html). Most of the stalls are in the Old Truman Brewery on Brick Lane, but other stalls have built up around it. My two favorite were the "Game Burgers" stand, selling everything from Crocodile to Kangaroo burgers, and Anima's Cupcakes (her carrot and orange are pictured above). 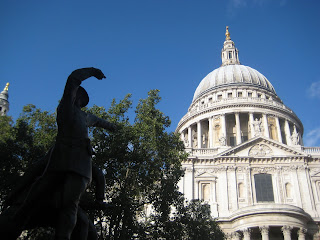 We headed over to St. Paul's Cathedral, and then crossed the Thames on the Millennium Bridge to stroll along the South Bank towards Westminster. We took a break at Doggett's Pub near Blackfriar's Bridge to watch the much anticipated Manchester United vs. Liverpool football match (the underdog, Liverpool, won!). By twilight, I had my fix of the Houses of Parlement and Big Ben and, minding the gap, we headed home. 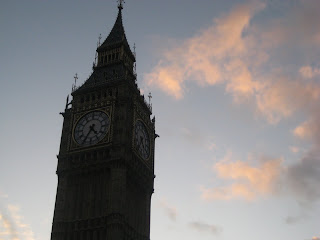