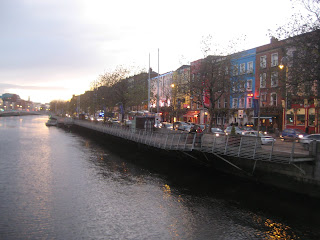 Saturday morning I set out to see Dublin! The three hour drive seemed to fly by thanks to the interesting (READ: ridiculous) radio station songs, which varied from oddly repetitive 80's rock ballads (I heard "The Final Countdown" three times) to classical Irish acapella. I was at the doors of the Guinness Storehouse by 11 AM! Beer before noon? You bet. 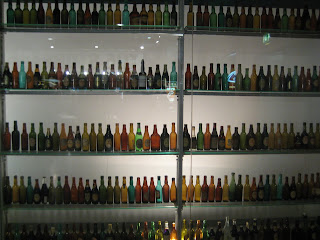 Though unapologetically touristy, I would recommend this stop if only for the complimentary pint you receive at the end of the tour. I learned how to pour my own "perfect pint" and had the best beer of my 23-year-old life. The Storehouse is the only part of the St. James's Gate Brewery that is open to the public. The building surrounds an impressive 7 story atrium that is shaped like a giant pint glass (yuk yuk). Throughout the self guided tour, you gradually wind your way up 7 stories of beer history until you reach the "head" of the glass, the Gravity Bar, which boasts a 360 degree view of the city. 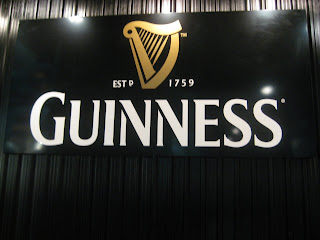 The company started in 1759, when Arthur Guinness signed a 9,000 year lease on the St. James's Gate Brewery (I hope he likes his landlord!). Made with barley (a combination of malted, unmalted, and roasted), hops, water, and yeast, the "black stuff" has turned into black gold. Not surprisingly, the tour emphasized the importance of the ingredients used. Since the beginning of the 19th century, Guinness Master Brewers have passed down a portion of yeast used to ensure consistency (they keep a reserve jar locked in a safe). The water used (8 million liters per day) flows from the Wicklow and Dublin Mountain Ranges that rise above the city. They buy their barley "local" (2/3rds of the barley grown in Ireland every year goes to the St. James's Gate Brewery - that's 100,000 tons!). Sorry readers, the quality ingredients theme is unavoidable! No matter what version you're drinking (draught, bottled, extra stout, or foreign extra stout), "there is poetry in a pint of Guinness"! 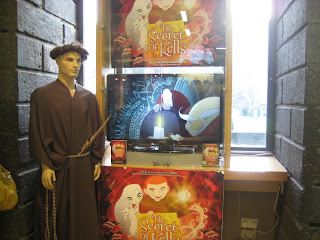 After that stop, I headed to Trinity College to see the Old Library, specifically the famous "Long Room", which stores Ireland's most treasured ancient books, including the Book of Kells. One look at the shameless commercialism (check out the photo above) and I passed on the 9 Euro entrance fee to actually see the book. One of the oldest books in the world, this 680 page manuscript (which contains the four Gospels and related texts, all in Latin) was written and meticulously illustrated by monks around 800 AD. 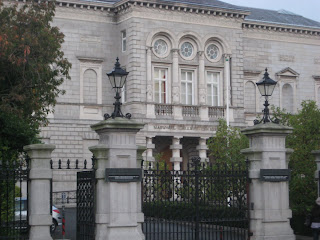 I then headed to the National gallery to see a marvelous collection of impressionist paintings by Jack B. Yeats (William Butler Yeats' younger brother). Another noteworthy masterpiece on display was Caravaggio's The Taking of Christ. Across the street from the gallery lay the beautiful Merrion Square, which provides a home for an unabashedly flamboyant Oscar Wilde statue. Various quotes from Wilde are written around the statue. 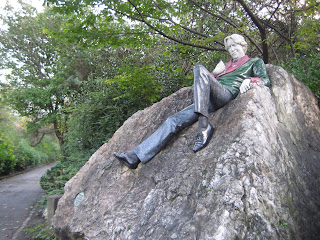 Some of my favorites:

- Who, being loved, is poor?
- We are all in the gutter, but some of us are looking at the stars
- It seems to me we all look at Nature too much and live with her too little
- Nothing that is worth knowing can be taught
- Whenever people agree with me I always feel I must be wrong
- The well-bred contradict other people. The wise contradict themselves. 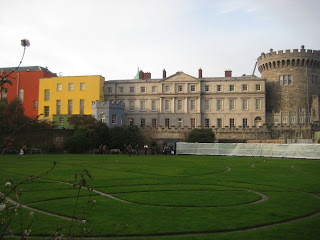 Then, I made my hardest decision of the day: where to go to lunch. The final contenders: Lemon for a savory crepe, Gruel for a hearty dose of comfort food, or The Larder for wholesome and organic gourmet. I went with The Larder, and had a pot of tea with some delicious smoked salmon, scrambled eggs, and multigrain bread. 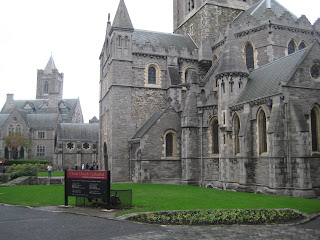 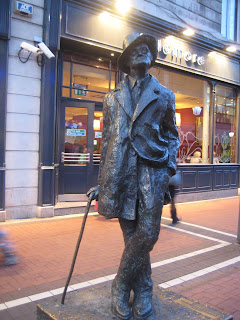 Around 5:30, I collected the car from an overpriced carpark, and headed back to Cork. So there you have it - Dublin in a day!