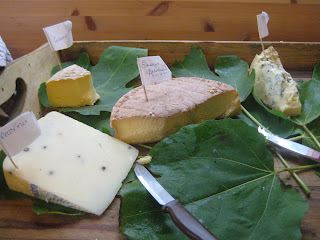 And we're off to the races with week 8! I got in early to prepare some brioche dough, which I put in the fridge to rise overnight and bake in the morning. Remember to add the butter in small pieces slowly over the course of half an hour, or else the dough will be quite greasy. Feel free to use a standing mixer with a dough hook, or else have Sylvester Stallone mix it by hand for you. It went well, aside from the part where the Kenwood (Ireland's version of a Kitchenaid) worked its way off the counter and crashed onto the floor. So I wasn't "paying attention", I was "in the other room", I didn't think that was "possible". Thankfully, the dough was unscathed. My ego, on the other hand, was not so lucky. 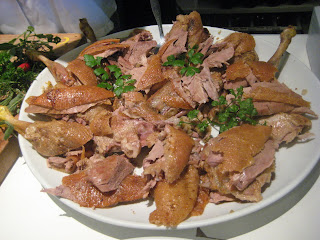 I also roasted a loin of pork, mashed some parsnips, and made a spiced eggplant dish. You can roast a loin of pork with the bone in or out. If the bone is in, it tends to have more flavor. If the bone is out, it is much easier to carve when serving. For practice, I took the bone out before roasting. Try to cut around the ribs to waste as little meat as possible. You'll feel like a surgeon (sans McDreamy standing by). 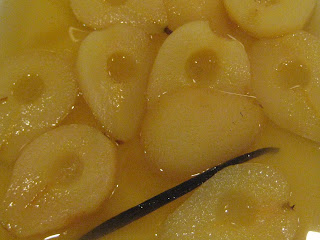 During the afternoon demonstration, we went over the art of the Ballymaloe House buffet. Like breakfast, buffets can be absolutely terrible or incredibly delicious. The Ballymaloe House serves up one heck of a buffet every Sunday night. We watched our headmistress prepare various salads, meats, and desserts that would all be best served at room temperature. If you think about it, hot foods become less and less delicious the more they're baked under a tanning bed on a buffet table. So, rather than try to serve hot food at its less-than-best, the Ballymaloe House just cuts it out! 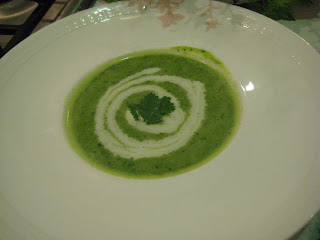 Another interesting Ballymaloe practice: offering their guests seconds (or thirds!). This way, the restaurant can serve small portions (to avoid waste), but also ensure that their guests leave satisfied (or, in my case, debilitatingly full). Too many restaurants shovel food onto the plate, and half of it goes uneaten into the waste basket. As a former waitress, it's criminal how much food American restaurants waste! And we cannot blame the American public, who (judging by our nationwide obesity problem) tries valiantly to finish what it's served. There is rarely an unfinished plate coming back into the kitchen at Ballymaloe. 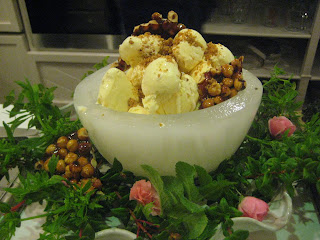 
- Putting salads in the fridge most often ruins them. The chill zaps the flavor. Ditch the food-spoiling-paranoia and leave it covered on the counter! It will be fine for the number of hours before your guests arrive.

- Check out Books for Cooks (http://www.booksforcooks.com/) in Notting Hill, London. It is a cookbook store and cafe tied into one. They only serve food from recipes found in their cookbooks for sale. So you can buy the book if you like what you eat!

- Enjoy pea soup all year round with high-quality frozen peas. They give quite a good result. Peas are technically in season in the summer, but when they're fresh you end up just snacking on them raw!

- Have at least one heavy bottomed saucepan in your kitchen. It is almost impossible to burn something in them (don't quote me on that!), and they're invaluable when making certain things like caramel or praline.

- If you want to have chunks of yummy bits in your homemade ice cream or sorbet (chocolate chips, chocolate covered espresso beans, praline, pomegranate seeds), get the mixture semi frozen and then fold them in. Otherwise, all the chunks will sink to the bottom.

- When buying beets, make sure the little hair of root is still attached to the beet bulb. If it is not, someone has cut it off, breaking the seal of the skin. When a beet's skin is punctured, it will bleed when you boil it and lose some flavor.

- Beets at this time of year will take much longer to cook than "younger" beets from the late summer. Plan accordingly.

- When planning a buffet, think about having "single-item-salads" like beets, leeks, potatoes, or broccoli. This way, when your guests pile everything onto their plate, its not an overwhelming combination of flavors. Simple dishes combine to form one great plate!

- With cauliflower or romanesco, often the stalks and the leaves have more flavor than the actual "flower". Don't throw them out! Chop them up and add them in!

- Try heating redcurrant jelly, cinnamon, and cloves into a sauce and serve it with venison. There is a specific name for this sauce, but I can't remember what it is!

- For a refreshing drink, mix lemon (or lime) juice, a simple syrup, and fresh mint together. I imagine this would be excellent mixed with vodka or gin as a cocktail.
Posted by Binny at 11:46 AM